Proverbs 15:1-4
​A soft answer turns away wrath,
but a harsh word stirs up anger.
The tongue of the wise dispenses knowledge,
but the mouths of fools pour out folly.
The eyes of the Lord are in every place,
keeping watch on the evil and the good.
A gentle tongue is a tree of life,
but perverseness in it breaks the spirit. 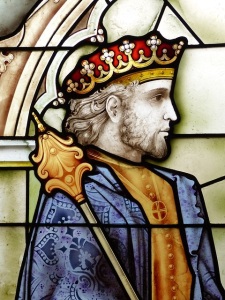 In days of old Kings had retainers who were supposed to act as a filter since most of the government resided in the King himself.

He was the head of the highest court, head-of-state, the treasurer worked directly for him and the coffers were his to use as he saw fit.

He made wars, levied taxes, made laws and lead his armies into battle.

One man cannot accomplish this alone, so they developed loyal men who worked with them to make the government function.
They had no internet, blogs, post office, newspapers or telephones. The only way news travelled was by word of mouth or passed hand to hand in a letter that could only be read by a few since most people, even most Kings were illiterate.

The dependability of a persons’ word was of paramount importance.

That is one of the reasons kings depended upon their retainers being incorruptible. When the men a king relied upon could be bought or were foolish the king could die.

Today we suffer from “information overload.” Cynics start to expect dishonesty. We no longer recognize a person’s word as worth a life.

Human beings are still the same, however. How many lives have been destroyed by lying words?

We all fail. Foolish talk escapes us all at times. Sincere apologies are the appropriate response. Let us honestly reflect upon and seek to use only words that build one another up. Encourage each other.

Now is still the time to speak love, friends.