We live in a culture that encourages us to be assertive. We are taught to be confident in our own power and grow in popularity. We dress to get ahead.  It never ceases to astound me how opposite our cultural values are with the values of Christianity.

Jesus was the singularly most influential person in all of history. He did not promote himself. He owned no property. He rose to influence with no backing of the elite or even the religious leaders of His day. He taught humility and meekness to the crowds and still more came to hear Him. After He was condemned to death, and crucified, rose again and ascended into heaven, His disciples continually risked their lives to tell others about Him.

Paul, formerly Saul, was ardently working to stop people from following Jesus, until he heard from Him on the road to Damascus. Then Paul began to risk his life to take the Good News to all the known world.
In a sense the most influential movement in the world was started by and has been promoted by the meek. Perhaps that is why it seems to be loosing influence in our society and graining ground in oppressive and impoverished countries around the world. We have forgotten where we came from.
The Bible repeatedly encourages us to value humility more than pride. We become frustrated with our leaders for their pride. In 1 Peter 5 leaders of the early church are exhorted to,

“Clothe yourselves, all of you, with humility toward one another, for God opposes the proud but give grace to the humble.” (1 Peter 5:5b).

Flowers were once chosen for symbolic reasons. Each flower was said to represent a particular meaning. The bouquet given to a sweetheart was given additional meaning through the message contained in the flowers. 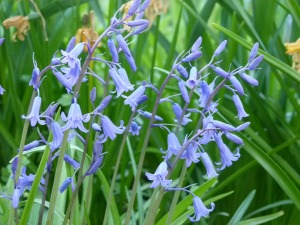 As Valentine’s Day nears many flowers will be exchanged. Not many will contain bluebells in this era. Humility is undervalued. Spring is coming. The woods and meadows will once again be clothed in bluebells, now relegated to the position of simple wildflowers. 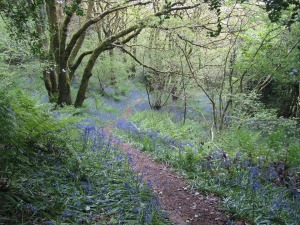 Lovers and leaders may eschew the bluebell. But, God still paints the wilderness with humility. In the drama and excitement of this season perhaps it would do for us to pause and consider what we are doing. 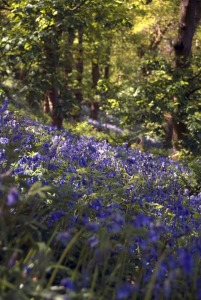 Do we live in a way that teaches humility? Do we actively put others ahead of ourselves? Each of us is encouraged to clothe ourselves like the spring woods. Let us wear a garment of self-sacrifice not self-aggrandizement.